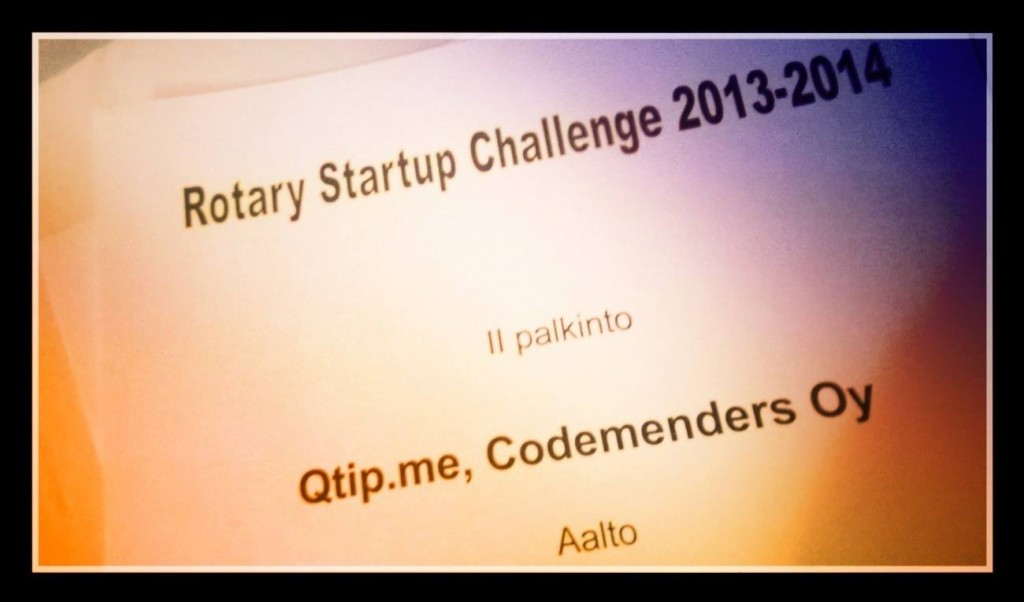 qtip.me was awarded second prize at the Rotary Startup Challenge organized by the City of Espoo. Our team is super excited about this!

NUMA2013 Winners have been announced and Codemenders Oy received an honorary mention for qtip.me.. below are the excerpts from the press release:

The honorary mention goes to qtip.me by Codemenders Oy from Tampere. A
comprehensive application that saves us from long waiting times in queues.

Full document of the press release can be found here.

Our team is super excited about this!

Start-Up of the Week

In the last few weeks and months, our team has been working very hard to get the concept and pilot for qtip.me ready. And the efforts have been honoured well by Protomo. We have been nominated as the “Start-Up of the Week” for Week 21. Hurray! Thanks to a great team!